So I kinda love this brief piece on Medium which is kind of a big yawn’s take on someone’s spouse turning out to be a woman, and yet I kinda don’t like it too.

Let me explain: there have always been partners of trans people who are a-okay with their partner’s transitions. It’s not news; there doesn’t have to be tragedy; some people adjust and move on.

For others, not so much.

And sometimes when I read pieces like this one, by any partner, which flourishes the NBD as a kind of fanfare of its own, I wonder: why? Were you forced to write the piece? Do you need to point out that those pitiful wives who do have a hard time making sexual and other adjustments just aren’t as liberated and groovy as you?

Mind you, these are all things I have been accused of. I’m in a glass house here — I’ve heard many times that I am (1) a cheerleader, (2) a gatekeeper, (3) an exploitive asshole, (4) a doormat. (I’ve never worked out how I  can be all of the above, to be honest, if anyone wants to help me work that out.)

So yay! It wasn’t a big deal for you. Trans women in particular should know that it’s not impossible to transition from within a relationship. I will honestly say that my wife and I wouldn’t have made it – not only because I was already gender-y or because I’m awesome (she would say I’m both) but because my partner valued our relationship to such a degree that she was willing to include me in her decision-making around her transition.

That is, it’s not so much about winning the partner lottery for the trans woman; often it’s about the trans person considering the other person and the relationship as much as they consider themselves. And sometimes it doesn’t work out because it doesn’t; relationships don’t, a lot, and that’s okay. A big change like transition is a lot to get through together. No one has failed if it doesn’t work out.

More narratives by more partners, please. And let’s all honor each others’ stories, struggles, and lack of struggles.

Last night at my talk at The Tool Shed in Milwaukee, a couple of people live-tweeted the event. So here’s some stuff I said, in the order I said them:

“I wasn’t bothered by my gender identity until my boyfriend was better at walking in heels.”

“I was aspiring to be at least as feminine as she was, but I gave up because I was bad at it.”

“The agreement we made: she would transition as slowly as she could, and I would catch up as quickly I could.”

“It’s not our liberation. We’re involved in a struggle that is not our struggle.”

“Transition is, by its nature, a very self-involved process.”

“For partners: if you feel like you’re not getting any support back, that’s because you’re not.”

“I keep saying “pass” but I hate it. Has anyone found a better word?” *crickets*

“Trans therapists don’t understand what we’re going through, tend to be ‘get on board or get out.’”

“As long as I expected her to be my husband, I couldn’t be the kind of friend I should be.”

“Don’t expect the same marriage after transition that you had before transition.”

“Nobody really knows what’s happening in people’s relationships beside the people in it.”

The audio was recorded, so if I get a copy of that, I’ll try to post that, too.

Tomorrow (Thursday 4/7) I’ll be doing an event in Milwaukee at the awesome Tool Shed as part of Milwaukee’s SHARE (Sexual Health and Relationship Education) week. It’s called “PROMISES YOU CAN KEEP: Through Transition Together”

I’ll be doing an event on Thursday, April 7th in Milwaukee at the awesome Tool Shed as part of Milwaukee’s SHARE (Sexual Health and Relationship Education) week.

There’s a nice article by Roni Jacobson in New York magazine just now about men who stay with trans masculine partners; I was interviewed for it but it is mostly an interview with the guys of the blog Accidentally Gay.

Here are some highlights:

After Jello transitioned, did it make you think about your personal identity any differently? Do you think of yourself as gay now?

Jello: You were worried people wouldn’t accept you.

Lucky: That they would call me fake-gay. And there’s still that. Sometimes we’ve had occasional weirdness.

Jello: Sometimes gay men are not that accepting. Go figure.

Where did you encounter that attitude?
Lucky: The first time was at this support group for trans people and their partners. Weirdly enough, from some of the lesbian partners of trans women. They were nice enough. No one has been outright rude.

More accepting than the trans women and their partners?
Jello: Yes.

Jello: Older people sometimes have a really hard time with us. Most groups tend to be mostly transgender ladies. And transgender ladies, I think they need more support anyways, because society is crap and nasty to trans women. I think there was some frustration, too, like some ladies in the group had serious losses of partners, and here I come trotting in with a handsome man. Because the fact is that most partners don’t stay. And here I am. I end up winning the lotto with a dude that’s willing to be gay for me. I don’t think they wanted to invest in him because they didn’t think he was gonna stay. We were asking for resources [for people with FTM partners], and we looked and we literally could not find anything.

Lucky: Almost everyone I talk to in this community, their spouse is female. I’ve never met a guy who has stayed with a transitioning spouse. It’s all women who are staying with their partners.

s promised, a few of the resources I promised to people who came to the Love, Always reading yesterday at A Room of One’s Own.

My online group for partners of trans people: https://groups.yahoo.com/neo/groups/engender_partners/info

Our online forum for trans people and their partners, friends, family, and allies: http://www.myhusbandbetty.com/community/index.php

You also might want to check my posts tagged resources and/or trans partners.
(Photo credit to Violet Wang)

I’ll be reading from the Love, Always anthology with my friend Miriam Hall and another contributor, Shawnee Parens, on 10/24 at 3PM at A Room of One’s Own bookstore.

“There is something star-crossed about trans couples sometimes,” Boyd says when I meet up with her a few days later. “I was very much in love with my husband, and I will always miss being married to that person. The thing that helped me around it a little bit was realizing I was never married to him, I was married to somebody who looked like him and who I could project all that himness onto, but when I go back and look at our wedding photos, it’s like, ‘She was making such a valiant effort to look like a man, like a groom.’ I never married a guy, I married a woman.” – Helen Boyd

… from New York magazine’s article “My Husband is Now My Wife” by Alex Morris, online today.

I was interviewed for an article titled “My Husband Is Now My Wife” for New York magazine recently, and while the online version isn’t up yet, the issue is out.

So if you’ve shown up here as a result of it, some info:

Here are My Husband Betty and She’s Not the Man I Married, my first two books.

Ever After, the third that I’m currently writing, I haven’t sold yet, and am still seeking an agent & publisher for it.

Please feel free to search this site for whatever resources you’re seeking: this blog is more than a decade old and it there’s a lot to find, but here are the basics:

There’s a recent interview with me in Salon, Dan Savage’s podcast where he asked me about how often crossdressers transition, and of course, feel free to contact me (helenbkramer@gmail.com) if you have a question. 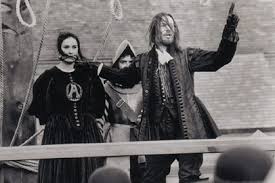 No matter what hypocrites get exposed (Josh Duggar, & there will no doubt be others from the “family values” crowd), I just can’t enjoy the mass doxing that is the Ashley Madison hacking.

Maybe it’s because when I read this advice I notice an incredible lack of empathy for a man who is mourning someone he loved, and who he obviously loved deeply.

Maybe it’s because of the Brave New World this mass doxing implies.

Maybe it’s because men tell me about their lives, and like Rachel Kramer Bussell, I never met a married guy on Ashley Madison or OK Cupid who didn’t make me sad (but not so sad I had anything to do with them). I met men married to lesbians who had a great life and great marriage but no sex. I met men who were trying to keep it together for the children. I met men who had made their kids their top priority post divorce who didn’t want another relationship, who were broken and exhausted by a previous one.  I met closeted lesbians married to men who couldn’t come out because of work but wanted a woman in their life who didn’t require a relationship.

I often wondered if, as a culture, we should have a day when people didn’t have to honor their commitments and could, instead, find some measure of what they were seeking, a kind of bacchanal escape valve. I’ve often wondered if we didn’t spend so much time judging other people if we might try to understand the kinds of pain that people try to salve with sex.

So I can’t share the popcorn or the schadenfreude, because in not so long marriages will be ending because of this, and maybe a lot of those marriages were ones that should have ended long ago. But others would have gone unharmed by a spouse’s ignorance, as Dan Savage points out. I just hope spouses who suspect their partners remember a few things: (1) if your spouse isn’t on the list, that doesn’t mean it didn’t happen, (2) that just because s/he is, doesn’t mean it did, and (3) make sure that you really really really want to know. What I hope, instead of this sleuthing, is that the people who did sign up admit to it so that they might start to have a conversation about what it was they were missing, about what they hoped to gain, and that maybe, just maybe, they might figure out a sane way to call it quits or to rebuild.

More soon. Right now, though, I’m feeling a little heartbroken by humanity and by the glee other people are taking in others’ misfortune. If this mass doxing only effected the raging hypocrites out there, it would be one thing, but it won’t. Even if it does expose the dogs and serial cheaters, it’s going to cause so much hurt in so many ways for so many people doing their imperfect best to be happy